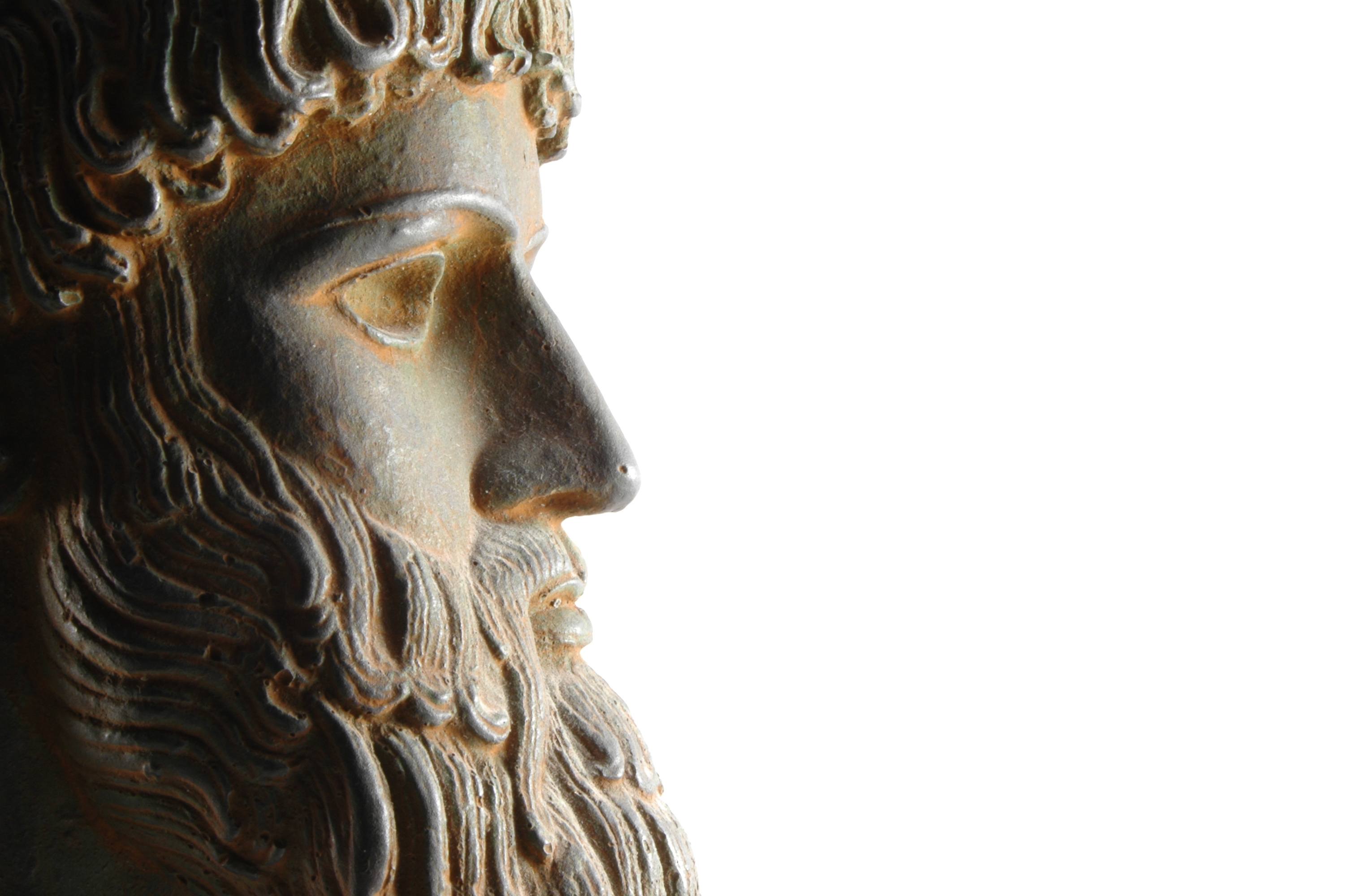 By Brandy PowersDecember 6, 2021No Comments

One evening, in the fall of 1931, three professors at Oxford – C.S. Lewis, J.R.R. Tolkien, and Hugo Dyson – went for a long walk. [1] At the time, Lewis was not a Christian, but he was dissatisfied with his materialist beliefs. The conversation turned to a subject dear to Lewis, mythology. Though he treasured the myths of Greece, Rome, and especially of the Norse, he concluded that, since they contain falsehoods, these stories are “lies and therefore worthless.” In a lifechanging moment, Tolkien gently explained to his friend that, no, Lewis was wrong. The myths were not simply “beautiful lies.” Rather, Tolkien asserted, because we are made in the image of God, “the myths woven by us, though they contain error, will also reflect a splintered fragment of the true light, the eternal truth that is with God.” [2]

At Providence, we are sometimes asked why we include certain subjects in our curriculum. Foremost among these queries is why we study pagan mythology at a Christian school. As Tolkien understood, though it may seem counterintuitive, myths can point to truth. 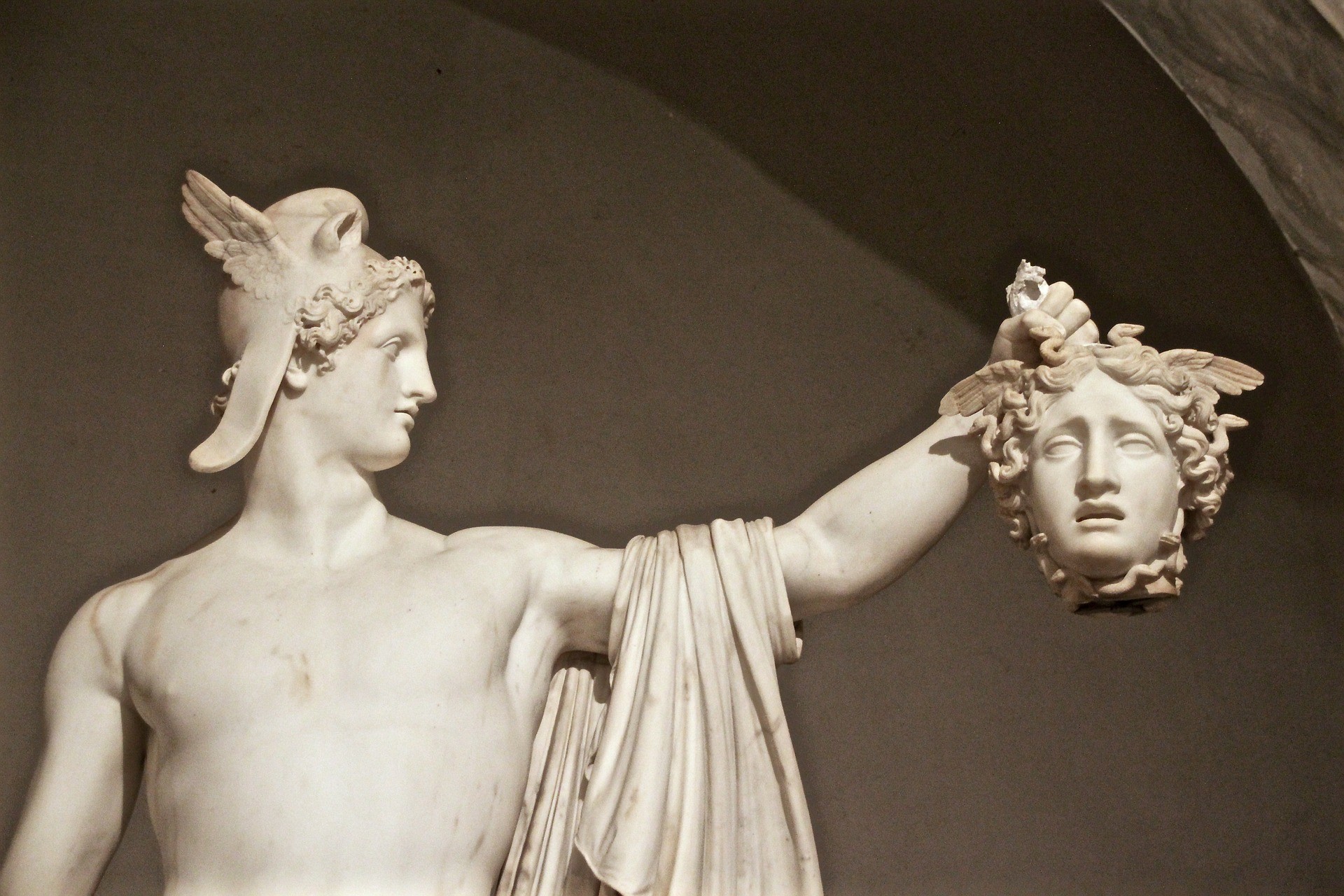 The falsehoods in pagan myths reveal truth by contrast.

First, if we define “myth” as an invented story without basis in history that is used to explain natural phenomena, then we can use the errors presented in myths as striking contrasts to the truths presented in Scripture. When presented side-by-side, the light of God’s truth outshines the darkness of pagan error, revealing it for what it is.

It is man’s desire to control all things. In their efforts to explain the unexplainable, ancient people created gods to worship in order to get what they wanted. If they wanted rain, they would worship the god of rain and then make sacrifices to him. If they wanted a good harvest, they would worship the god of the harvest. What we see in the Bible is that there is no other God – that the work of the hands of the people to make their own gods were just human constructs, not anything divine. Romans 1:21-22 explains it this way: “For although they knew God, they neither glorified him as God nor gave thanks to him, but their thinking became futile and their foolish hearts were darkened. Although they claimed to be wise, they became fools and exchanged the glory of the immortal God for images made to look like a mortal human being and birds and animals and reptiles.” God knew we would do this; thus, he gave us the first two commandments: “You shall have no other gods before me,” and, “You shall not make for yourself a false idol and bow to them or serve them.”

Having an understanding of history, including the belief systems of those who came before us, allows us to examine our own lives and then attempt not to repeat those same sins. Furthermore, the very absurdity and cruelty of some of the actions of the gods in Greek, Roman, Egyptian, and Norse Mythology provides a wonderful illustration for our students to contrast with our holy, righteous, and loving God.

At Providence, we study God’s plan for man in a historical context. Beginning in Grammar School, we study the worldviews of those who came before us, including their religious beliefs, beginning with the ancient Egyptians, Greeks, and Romans. In Upper School, students learn about Marxism, agnosticism, and atheism. They also read parts of the Koran. All of these false gods and texts are read and studied not in an attempt to glorify them, but to realize that man, throughout history, turns away from the one true God. And God in His gracious mercy continually invites us back to Him through His son, our Savior, Jesus Christ. 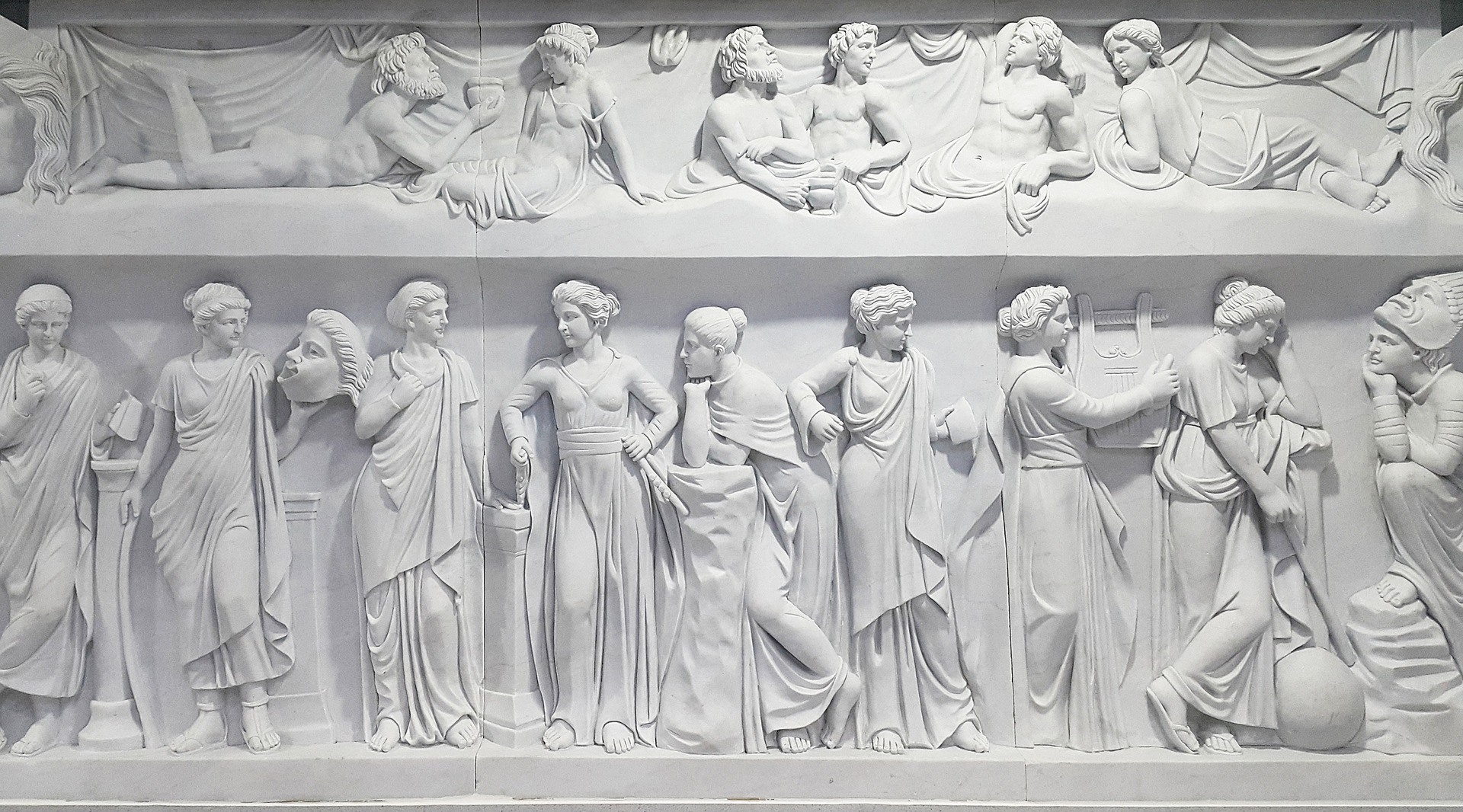 The partial truths contained in some myths can point to ultimate Truths found in Scripture.

Additionally, our students are exposed to other worldviews as a means of helping them share the Gospel. This is, in fact, the purpose of our senior-level course called Apologetics. In this course, they learn to defend their faith winsomely using logic and sound reasoning. When approached with wisdom and discernment, the study of myths can be an apologetics tool.

Amazingly, as Lewis and Tolkien realized, despite their many errors we can also find hints of truth in myths that, though incomplete, can point us toward ultimate Truth. [3] During their walk, after listening to Tolkien expand upon the concept that even error-filled myths may have glimmers of truth, Lewis said, “You mean that the story of Christ is simply a true myth, a myth that works on us in the same way as the others, but a myth that really happened? In that case, I begin to understand.” [4] Shortly after this conversation, C.S. Lewis converted to Christianity, ultimately becoming the greatest Christian apologist of the twentieth century.

To define “myth” as Lewis meant it is to understand the power of story to capture our hearts and minds in ways that dry, logical arguments cannot. [5] It is important to understand that in this context, Lewis and Tolkien did not mean that myths should be read as history. They (and we) are obviously not saying that Zeus, Odin, Ra, or any of the other false gods were real. Rather, as Lewis wrote in Miracles, myth is “at its best, a real unfocused gleam of divine truth on human imagination.” This might sound like a shocking statement, but upon further reflection, we should not be surprised, for as Romans 1:20 tells us, “Since the creation of the world God’s invisible qualities — his eternal power and divine nature — have been clearly seen, being understood from what has been made, so that people are without excuse.”

Since they were made in God’s image and because of God’s general revelation to all people, the pagans, even though they did not know God, were capable of understanding, in part, certain truths. For example, when they looked at the world, they understood that there must be something more than the material world. They reasoned that there must be a creator. Many of them conceived that this life is not all that there is, that there must be an afterlife. Myths about great floods are found in every part of the world. Many cultures have stories about the future destruction and recreation of the world, such as the Norse myths about Ragnarök. Intriguingly, some cultures also had the idea of a god that that died and was or would be resurrected, such as Osiris, the Egyptian god of the dead, and Balder, the Norse god who they said would emerge from the underworld after Ragnarök. These pagans who did not know our Lord nevertheless had a dim, distorted understanding of the truth, though in the darkness of their sin and without the special revelation of Christ they could not understand in full.

In his essay “Myth Became Fact,” Lewis wrote, “God is more than a god, not less; Christ is more than Balder, not less. We must not be ashamed of the mythical radiance resting on our theology. We must not be nervous about ‘parallels’ and ‘pagan Christs’: they ought to be there — it would be a stumbling block if they weren’t. We must not, in false spirituality, withhold our imaginative welcome. If God chooses to be mythopoeic — and is not the sky itself a myth — shall we refuse to be mythopathic?” [6]

Thus, we study mythology because it can point us to truth, both by contrasting the ways in which false gods clearly fall short of the glory, goodness, and power of our one true God and by recognizing the incomplete truths that point to ultimate Truth, for “out of darkness came the hands / That reach thro’ nature, moulding men.” [7]

Want to learn more about how partnering with Providence Classical School can help you teach your child to recognize God’s Truth in the world? Watch this video and schedule a tour today!

About the Authors:
Brandy Powers holds degrees in English and history from Houston Baptist University. She joined the PCS faculty in 2001 and currently teaches 10th grade Composition & Literature and Humanities as well as our Shakespeare elective. Brandy and her husband, Bill, have one daughter at PCS.

Amy Haaland earned a B.S. in elementary education from New Mexico State University. She joined the PCS faculty seven years ago after 20 years of teaching in public and Christian schools and homeschooling her own children. She currently teaches 4th grade Math and Bible and coaches the PCS Golf teams. Amy and her husband, Erik, have four daughters — their youngest graduated from PCS last year.

Dr. Dawn Ontiveros serves as Dean of Academics at PCS. She earned her bachelor’s degree in special education from Texas State University, a master’s degree in school psychology from Sam Houston State, and her PhD in counseling from St. Mary’s University. Prior to coming to PCS, she worked as a public school SPED teacher, a school psychologist, a private practice counselor, and a graduate professor in the counseling department at SHSU. She joined the PCS faculty 13 years ago and has taught in both Grammar and Logic School and served as Student Academic Advisor. Dawn and her husband, Joe, have raised two daughters at PCS — one a senior and one a graduate of the PCS class of 2017.

[1] C.S. Lewis and J.R.R. Tolkien’s friendship was one of the most fruitful in literary history as the two men would go on to encourage, critique, and inspire each other’s writing. This incident occurred years before Lewis wrote The Chronicles of Narnia or his works of apologetics and before Tolkien wrote The Hobbit and The Lord of the Rings.

[2] This incident and the associated quotes are recorded in the authorized biography of Tolkien, J.R.R. Tolkien: A Biography by Humphrey Carpenter, first published in 1977.

[3] The Apostle Paul used pagan writings to make a connection with the Athenians, quoting two different pagan poets in Acts 17:28 when he proclaimed, “‘For in him we live and move and have our being.’ As some of your own poets have said, ‘We are his offspring.’”

[5] To illustrate the power of story, consider the parables of Jesus in which he used short stories to convey deep spiritual truths.

[6] From “Myth Became Fact,” an essay in God in the Dock: Essays on Theology and Ethics by C. S. Lewis, edited by Walter Hooper