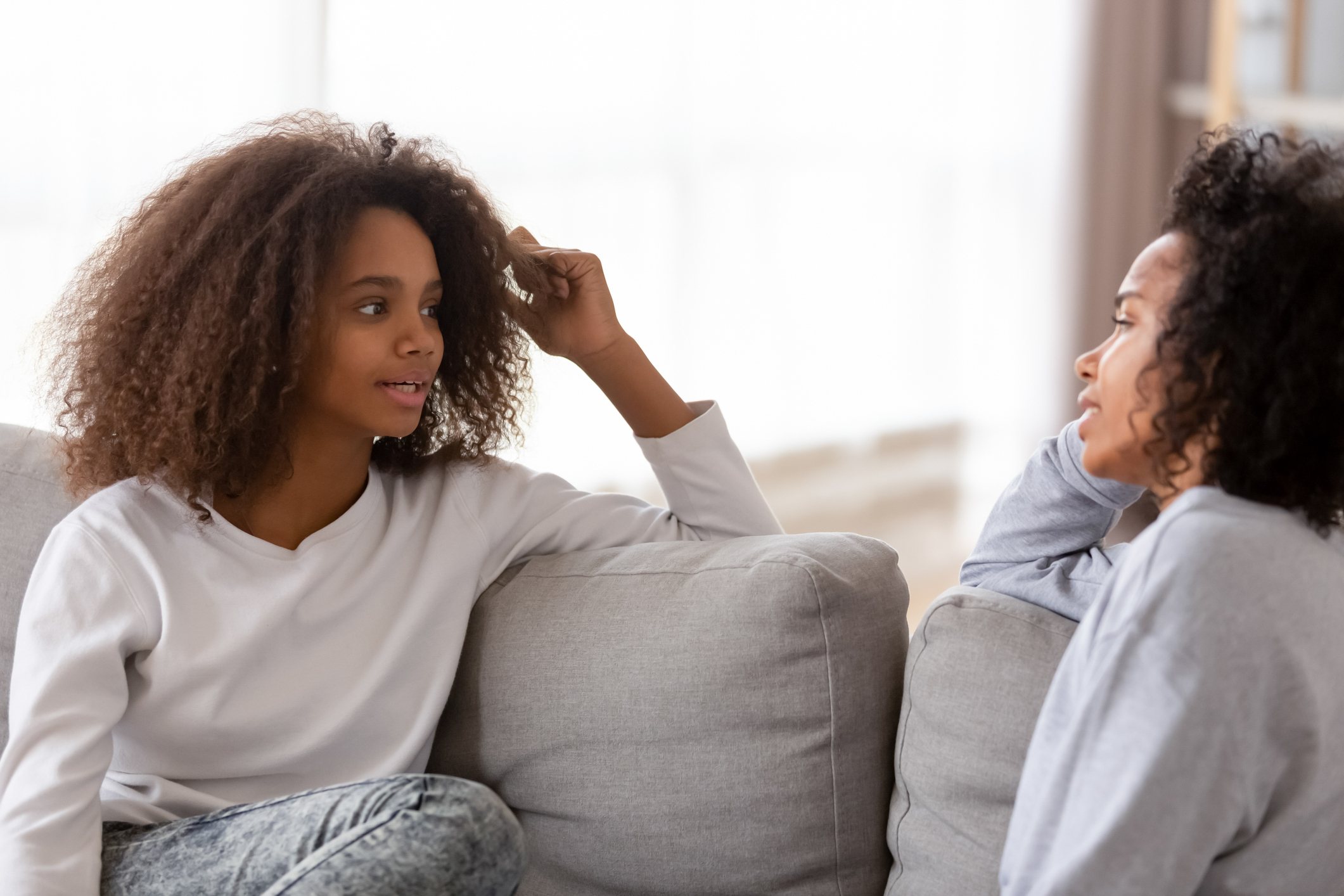 7 Tips for Listening Well to Your Teenager

7 Tips for Listening Well to Your Teenager Everyone wants to be seen and heard.

Don’t skip over that too quickly. It’s critically important.

Everyone wants to be seen and heard – especially teenagers.

As a counselor during this pandemic, I’ve had a unique position to observe the struggles facing people of all ages. One of the hardest-hit populations has been teenagers and preteens. Anxiety and depression have increased dramatically among teenagers.

Parenting can be difficult under normal circumstances. During a pandemic, it’s even more challenging. I hope you’ll allow me to share some insights I’ve gleaned from my counseling practice that may help make your ministry of raising teenagers a bit more manageable.

1. Teenagers have a lot to say, and they want to be heard.

When I first began counseling, I did not treat clients under the age of 18. I resisted because I thought it would be a monumental task to get teens to talk. After all, I often hear parents say their preteens are withdrawn or their teens won’t talk to them. At the urging of a colleague, I expanded my clientele to include teenagers and approached the first session with trepidation. I needn’t have worried, however. After the initial get-to-know-you time, the client became a veritable verbal fountain.

Teens and preteens will readily talk to adults who are caring, concerned, and willing to listen without judgment — in other words, adults who are safe for them. 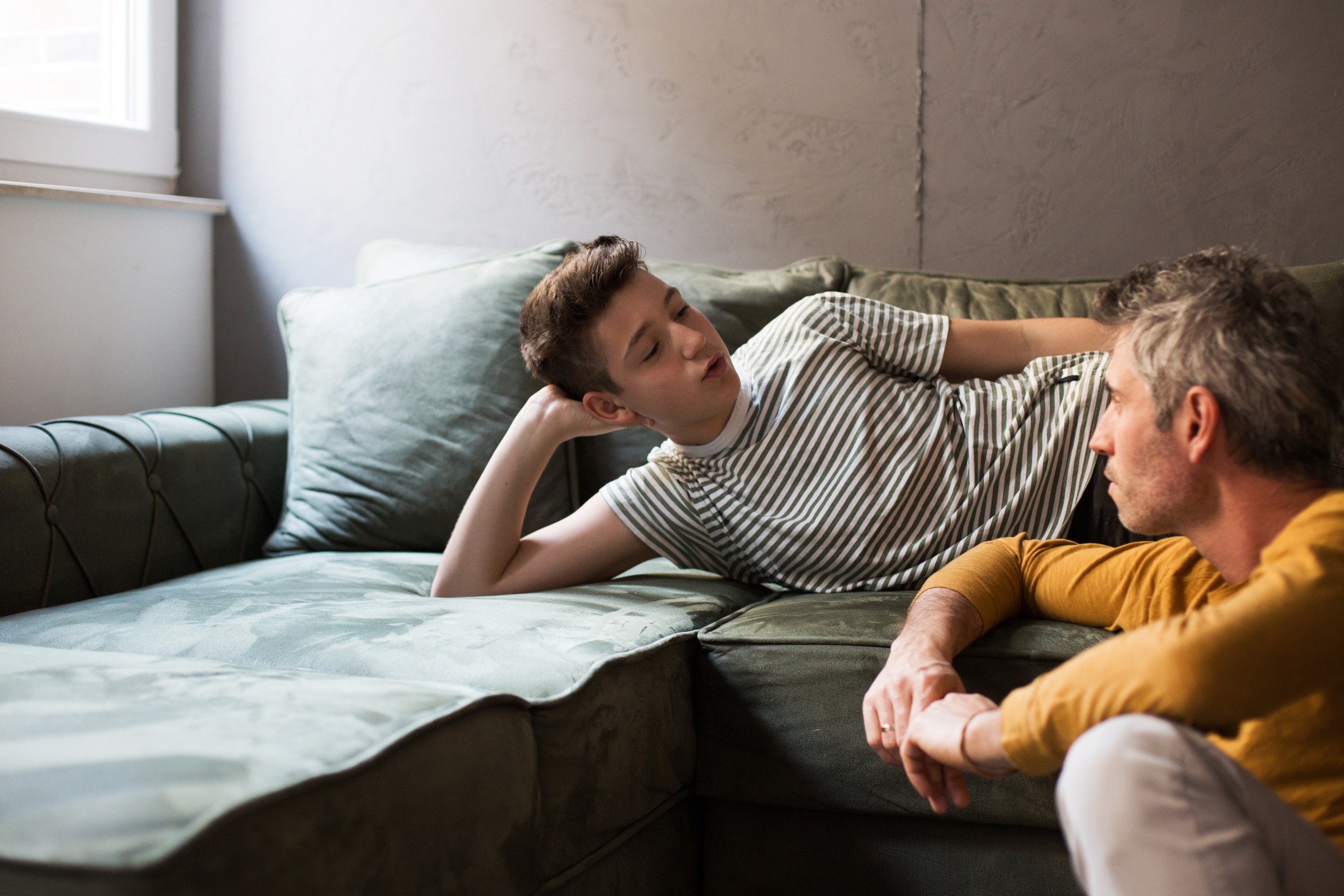 2. Teenagers will drop important information in the middle of a seemingly casual conversation.

Teens and preteens will talk about a lot of things that are going on in their lives and, from the vantage point of adulthood, much of what they say may seem trivial. However, these things matter to your child, and if you listen long enough, many teens will share critical information in the middle of a seemingly casual conversation.

You have to put in the time.

Galatians 6:9 says, “Let us not become weary in doing good, for at the proper time we will reap a harvest if we do not give up.” This is never truer than when investing in your teen or preteen.

I’ve had sessions with teenage clients in which the only things they talk about are the video games they’re playing or how much they love Minecraft or Fortnite. Staying engaged in these kinds of conversations with your child underscores that you care about what’s important to them and it opens the door for them to share heavier topics when they arise.

Teens and preteens have a lot of things they’re dealing with on any given day, and they want to be able to talk about it with caring adults like you. However, some of the things that they have to say can be alarming when you first hear them, particularly if you’ve had no idea these topics were even on their radar.

It’s tempting to address the alarming things first. However, jumping in too soon might mean that you miss the opportunity to listen to what your child is sharing with you about how they feel. Let me encourage you to listen to your child’s thoughts and feelings even if you disagree with them or even if it’s alarming. If you respond with fear, they will likely perceive that as disapproval and shut down. Tempering your reactions outwardly, even if you’re panicking inwardly, will help them know you’re on their side.

When teens feel understood, they are much more likely to receive guidance and correction from you later. This is a great way to practice what James says: “My dearly loved brothers, understand this: Everyone must be quick to hear, slow to speak, and slow to anger for man’s anger does not accomplish God’s righteousness.” (James 1:19)

4. Teens and preteens deal with a lot more than most parents realize.

Several of my teen and preteen clients have shared that they struggle with suicidal thoughts which they don’t talk about with anyone. Or they carry the burden of trying to support friends who are having suicidal thoughts.

Many things are normalized for today’s teens that would be unimaginable for older generations, like smartphone addiction, online bullying, expectations surrounding sex, LGBTQ issues, and abusive friendships.

I’ve had several teens and preteens share something with me that they’ve never told anyone. The burden of carrying something by themselves is immense. Being able to talk about it with an adult is a relief.

Being that adult for your teen allows you to carry out Galatians 6:2 which tells us to “Carry one another’s burdens; in this way, you will fulfill the law of Christ.” In order to advise your teen with wisdom and discernment, it’s important to… 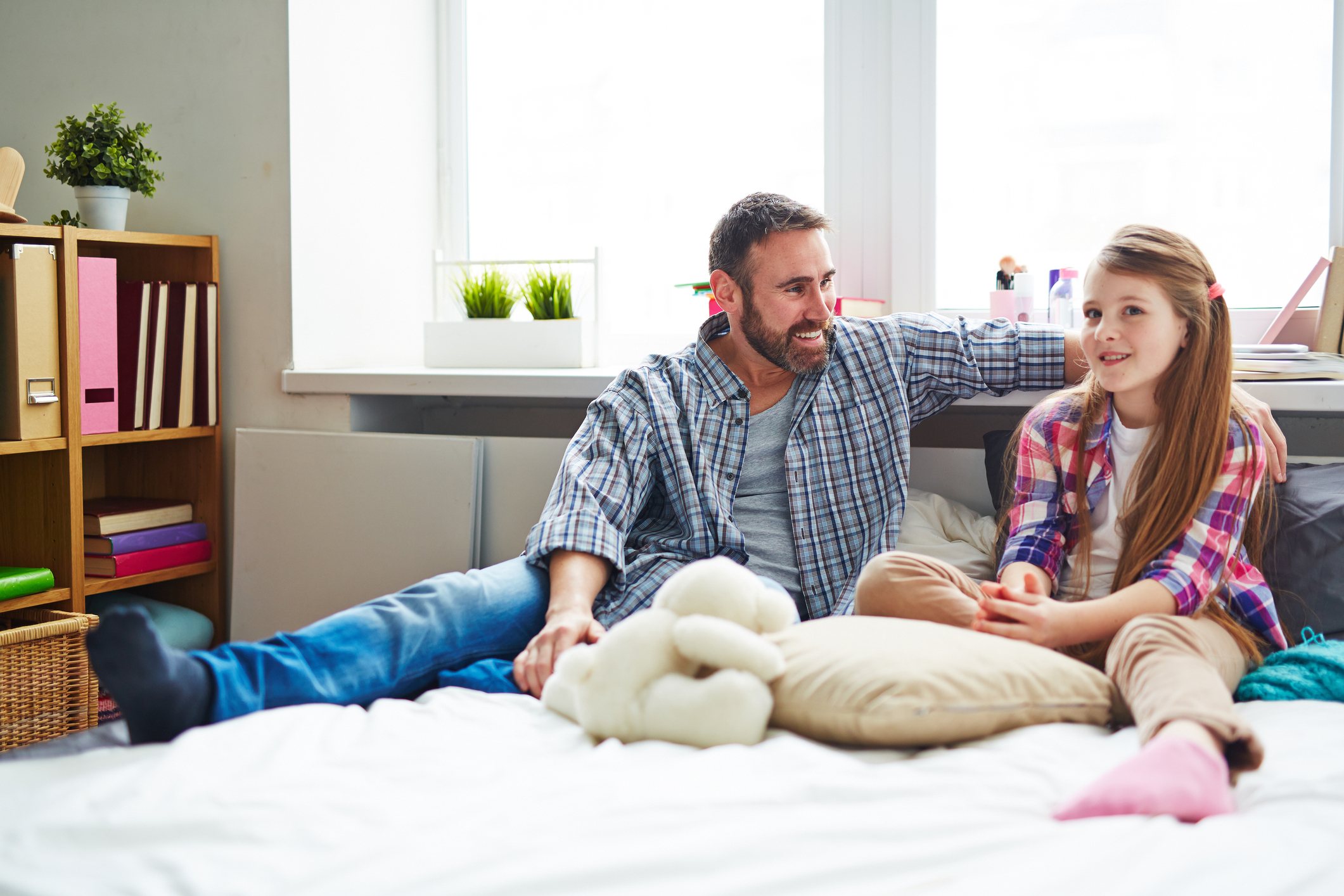 5. Know the people and priorities that influence your teen.

Do you know who is doing life with your teen on a daily basis? Do you know in whom your preteen confides? These are critical to understanding the direction in which your teen is developing.

My teenage clients talk primarily about their friends. These are the people who help influence and advise your child, but they don’t always give the best advice, simply because they’re not equipped for it. Unfortunately, your teen doesn’t always realize that. Parenting with wisdom includes knowing the greatest influences on your teenager because those influences can be powerful in the life of your child.

Taking an active interest in your teen’s friends will help your child know you care. Look for ways to invite their friends over so you can watch them interact and get to know their friends better. Spend time learning about the music, games, movies, or hobbies your preteen likes. Even if you don’t share their tastes, your willingness to learn about what they like shows them that you care.  It can also make your teen feel loved.

There are many times that teens or preteens will tell me that their parent doesn’t care about something important to them or that their parent hasn’t noticed that something is wrong with them. Be careful not to dismiss something as unimportant when your teen is telling you about their friends. The stresses of friendship are very real and very important to your child. Fear of the future weighs heavily on the minds of many teens, and being able to share those fears with someone who takes them seriously will mean a lot to them. This will also pave the way for them to be open to other ways of spending time together. With that in mind…

6. Find things to do with your teenager.

Consider doing an activity or project with your teen or preteen.

I love building things. In my sessions with teens, I often let them choose a 3D wooden puzzle or project which we build together. As we build, we talk. The act of working together side-by-side to build something reinforces that we are a team and helps teens feel more comfortable about sharing deeply personal things, often without prompting.

Recently, while focused on a project like this, a 15-year-old female client told me about multiple instances of abuse by male relatives. No prompting. No questions. We were just working on the project and she started talking.

I also keep fidget toys on the table in my office. It’s often so much easier for someone to verbalize something difficult if their hands are occupied. Many times, I’ll pick up a Rubik’s Cube and start playing with it so that they don’t feel like they’re under scrutiny. They know I’m listening but, if my hands are busy too, they don’t feel like they’re in the spotlight. Offering them something to do with their hands will also help deal with the anxiety and make things feel more relaxed which is often when they open up the most.

There are many ways you can connect shoulder-to-shoulder with your child while doing simple activities together like walking, fishing, drawing, playing with pets, or going for a drive. Which leads directly to my next point…

What do I mean by this?

Imagine that 15-year-old female I mentioned above was your daughter who just dropped this bombshell on you. Your reaction might be anger, a desire to report the abuse, or to pepper your child with questions in order to identify the abusers so that you can hold them accountable. These responses are not necessarily bad, but your child might feel like she’s been pushed to the side while the abuse and abusers take center stage.

Instead, if your child shares a difficult burden, try to ask clarifying questions about your child and encourage her to continue sharing. An empathetic response can be very encouraging. A genuine “I’m so sorry you’ve had to carry that by yourself all this time,” can be enormously helpful in letting your child know you’re on her side. I’ve had teens and preteens break down in tears in my office simply because I’ve said, “That’s a heavy burden to be carrying by yourself. I’m glad you told me so I can help you carry it.”

Allowing teens and preteens to tell you what they want to tell you in their own time empowers them and makes them feel heard. Ministering to the heart of your teen reminds them that you are FOR them, not just taking care of them logistically.

Teenagers want to be seen and heard. There’s a song from the musical School of Rock titled “If Only You Would Listen” that perfectly captures what a lot of kids, particularly teenagers, feel. I encourage you to give it a listen.

Is it describing your teen? Perhaps not. But, then again, it just might be.

Let us make the most of every opportunity we are given by God to love our teens by listening well, investing in them, and setting an example of God’s love for us by the way that we love them. I Corinthians 8:3 says, “If anyone loves God, he is known by Him.” Let us spend the time to help our teens know that they are fully known and fully loved.

You are the best person to listen well to your child and help them turn to God through everything they encounter.

About Adela Rushing, MABC, LPC:
Adela Rushing is a Licensed Professional Counselor in the state of Texas and the founder of All Things New Christian Counseling. She holds a Master of Arts in Biblical Counseling from Dallas Theological Seminary and a Bachelor of Science in Education from Tennessee Tech University. She is also an Army veteran, deployed to Baghdad during Operation Iraqi Freedom.

In her free time, she enjoys spending time with friends, woodworking, reading, and spending time outdoors. She is an active member of Houston’s First Baptist Church.

Header image by fizkes on iStock.