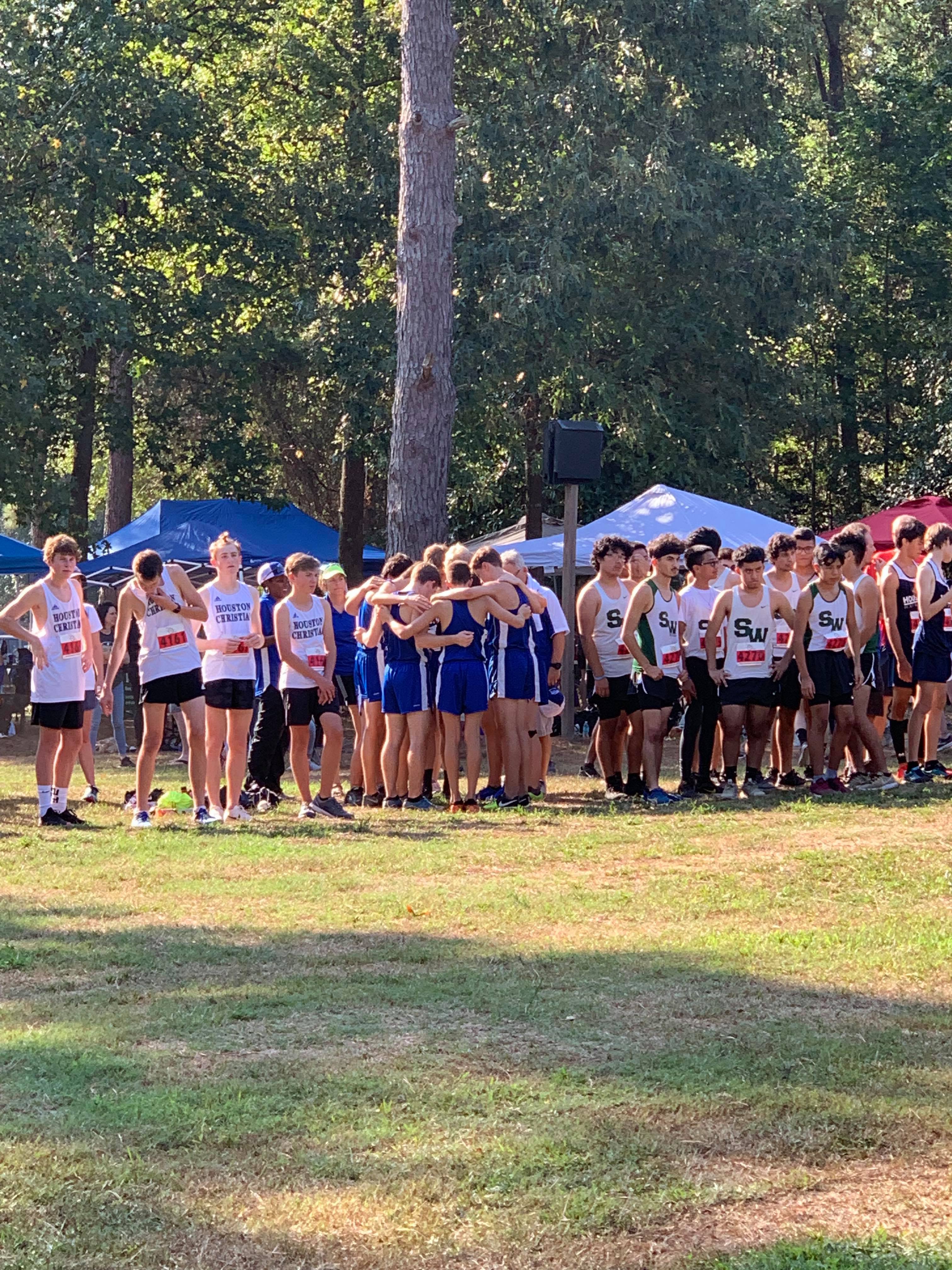 Running to the Glory of God

Running to the Glory of God:

An Interview with Coach Trina Jones

Trina Jones is in her fifth year of coaching cross country and track at Providence Classical School. She is known for her loving and disciplined approach to building runners from the ground up, as well as for her passionate declaration of the Word of God over her athletes. In August, I had the privilege of sitting down with Coach Jones to get to know her better and to hear her thoughts on running at PCS. 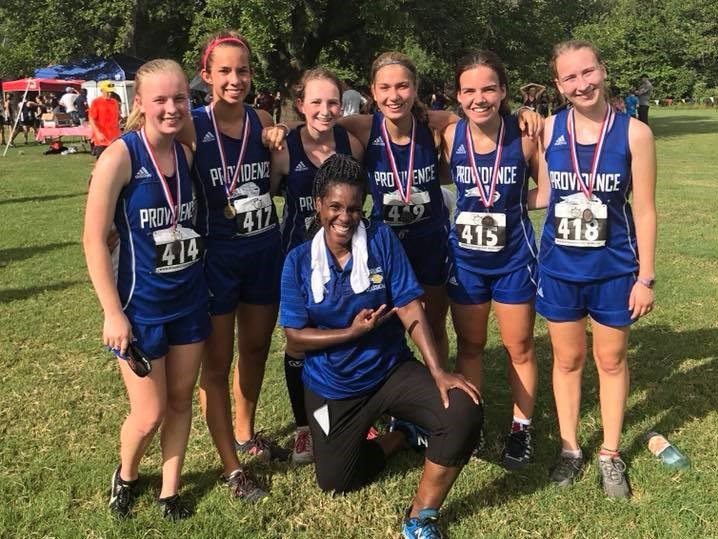 Coach Jones, you have a long history in the world of running. Can you give us a brief description of how you became a runner yourself and then a coach? What drew you to running in the first place?

I became a runner in middle school and ran through high school. At that time, it was just something to do and a way to keep myself fit. Now how I got into coaching? It all started with a flier someone put into my child’s backpack at school. At a very young age, my kids started running summer track for a really competitive track club. They had to learn to grow while running with a lot of really talented athletes, and my kids didn’t start out so fast. So Mom decided to stick with it until they got better at it. I made it into a family time—to spend time with them and grow. And that’s how I began as a coach.

Some of your kids have been very successful runners. Can you tell us about that?

Yes, at one point in time, all six of my children ran summer track with Track Houston Track Club. They’re just like a family to us. But I did have three who went on to run in college. My first, my baby boy named Nathaniel, was a national champion at nine years old. He ran cross country and track for Klein Oak High School and was a state qualifier his sophomore and junior years. He went on to compete for Adams State in Colorado. My second child, Jonathan David Jones, also ran for Klein Oak where he was a state and national qualifier. He later competed with the University of Texas at San Antonio and was on the All American Distance Medley Relay team. Now my youngest daughter, Nichole Jones, didn’t start out as the fastest runner, but she was determined and stayed with it. She was a national champion while she was still a youth and went on to make the world junior youth team in the 1500m. She was a 5-time state champion in high school and a Nike indoor national champion. She went on to be an All-American at Baylor and also qualified to be a participant in the 2008 Olympic trials. 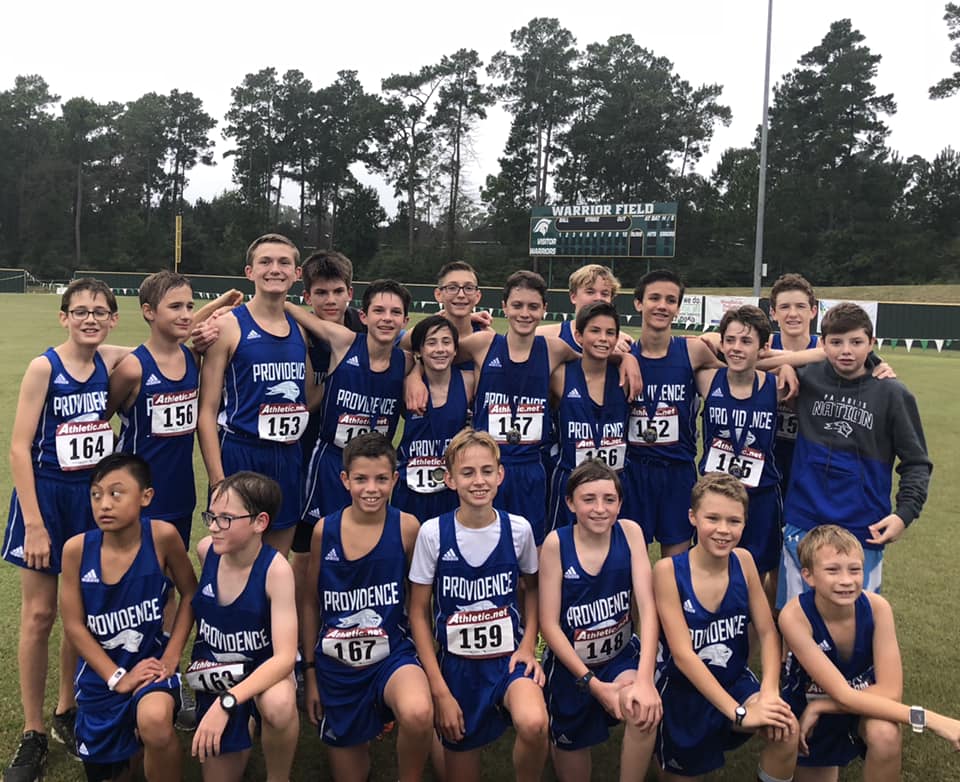 What do you expect from our Providence teams this year? How do you think our cross country season will play out?

The main thing I concentrate on in the summer is to get our athletes’ bodies prepared. As far as how I think they will do, the only expectation I have is that they do their best in practice, work hard, and give their pains, frustrations, and hopes to Jesus. And at the end of the day, when the championship comes, my main focus is that they glorify God. Beyond that, we’ll just see what happens and be satisfied with that.

What lessons do you hope your athletes learn from running this season?

This season, I hope they learn perseverance and to trust and glorify God in every area. The interesting thing about doing such a hard sport—and in an area in which you’re judged by places and times—it’s easy to take your focus off the reason why you run, the reason why you’re out there doing what you’re doing. We have to be intentional—intentionally doing the right things to give our bodies the best chance to be successful, intentionally loving our teammates, and intentionally glorifying God. That’s the most important thing. When it’s all said and done, no one will remember exactly which race you won or lost, but they will remember your attitudes and your actions. You know, when you realize that it’s God who gave you the gift to move, you want to bring glory to Him.

That’s a great lesson. So what would you tell a student who was intimidated by running either cross country or track?

First of all, we’re an amazing cross country and track family here at Providence. You will be loved. That’s a big thing. Kids have a tendency to judge themselves based on what they think they can or can’t do. I frequently hear students say, “I’m not a good runner.” But God has given you two feet. If You can walk, you can learn to run. You don’t have to be intimidated—just keeping putting one foot in front of the other. We start at all levels, even if your level is walking, and we celebrate everyone with whatever gift God has given them. So come be a part of an amazing running family, and we’ll be glad to have you. 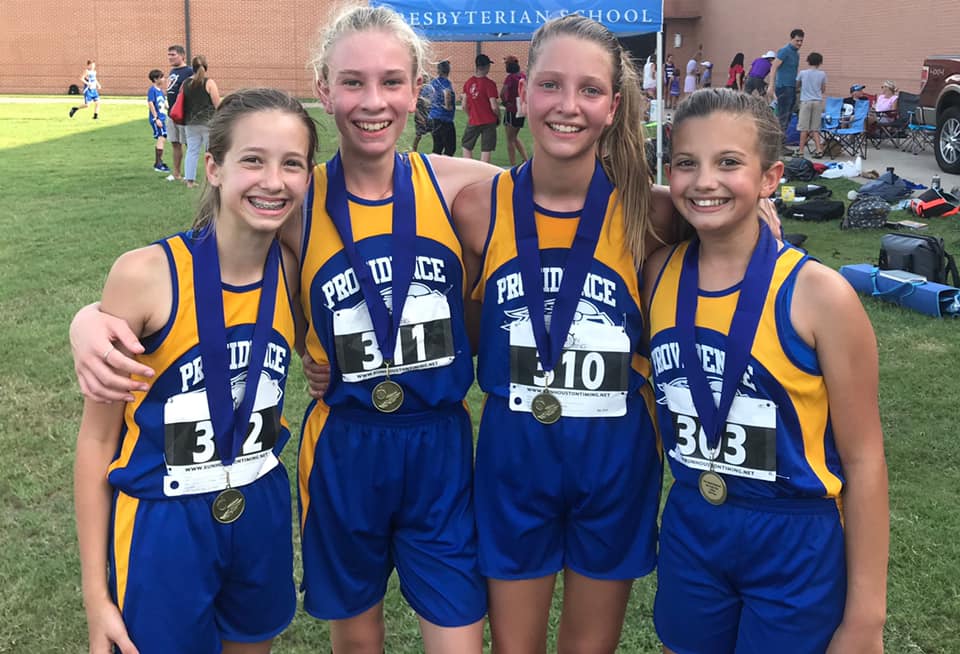 “We’re an amazing cross country and track family here at Providence.
You will be loved.”

How can our Providence Community support our cross country runners this season?

Cross country is not an easy sport. It’s 100 degrees in Houston right now. So when you see a student athlete, just encourage them. Say, “Hey, we know it’s hot outside. We really appreciate the effort you’re making for our school.” As you know, our kids not only represent Providence, but they also represent God and their families. And it’s not easy. It’s not easy. But they’re dedicated. So get involved. Join the Booster Club. They do a great job supporting our track and cross country teams with anything we need, like equipment, uniforms, and merchandise. Show your support through simple things like purchasing a running shirt. Come out to one of our meets to cheer for our athletes. And sign up to help with our first ever cross country meet here on the PCS campus on October 5th. We’ll need a lot of volunteers and fans in order to pull this event off with excellence. The biggest thing is just for our athletes to know that they’re loved and supported.

Do you have any last words of wisdom for our students this year?

One of the things that happens at the beginning of every school year is the possibility of intimidation or fear—of a new school, new teachers, new friends. Just remember that God said He will never leave you or forsake you. He will always be with you wherever you go. Trust the Lord to help you do hard and new things. I have a slogan that I always tell the team: “Talk to God.” Never put anything past God. He’s always there to help you, and He will encourage you. So as you face the new year, face it with tenacity, and be intentional about success. Say, “This will be my best year ever! I’m going to make new friends. I’m going to be an instrument of God, and if I see anybody who needs encouraging, I choose to let God use me.” That’s your focus: go out there and just be the best Paladin you can be!

“Therefore, since we are surrounded by such a huge crowd of witnesses to the life of faith, let us strip off every weight that slows us down, especially the sin that so easily trips us up. And let us run with endurance the race God has set before us. We do this by keeping our eyes on Jesus, the champion who initiates and perfects our faith.” Hebrews 12:1-2a

Come out to support the Paladins at one of our upcoming meets, and don’t miss our First Annual Paladin Invitational cross country meet on Saturday, October 5, at 8 a.m. Contact Coach Jones to volunteer, and support the Blue & Gold!