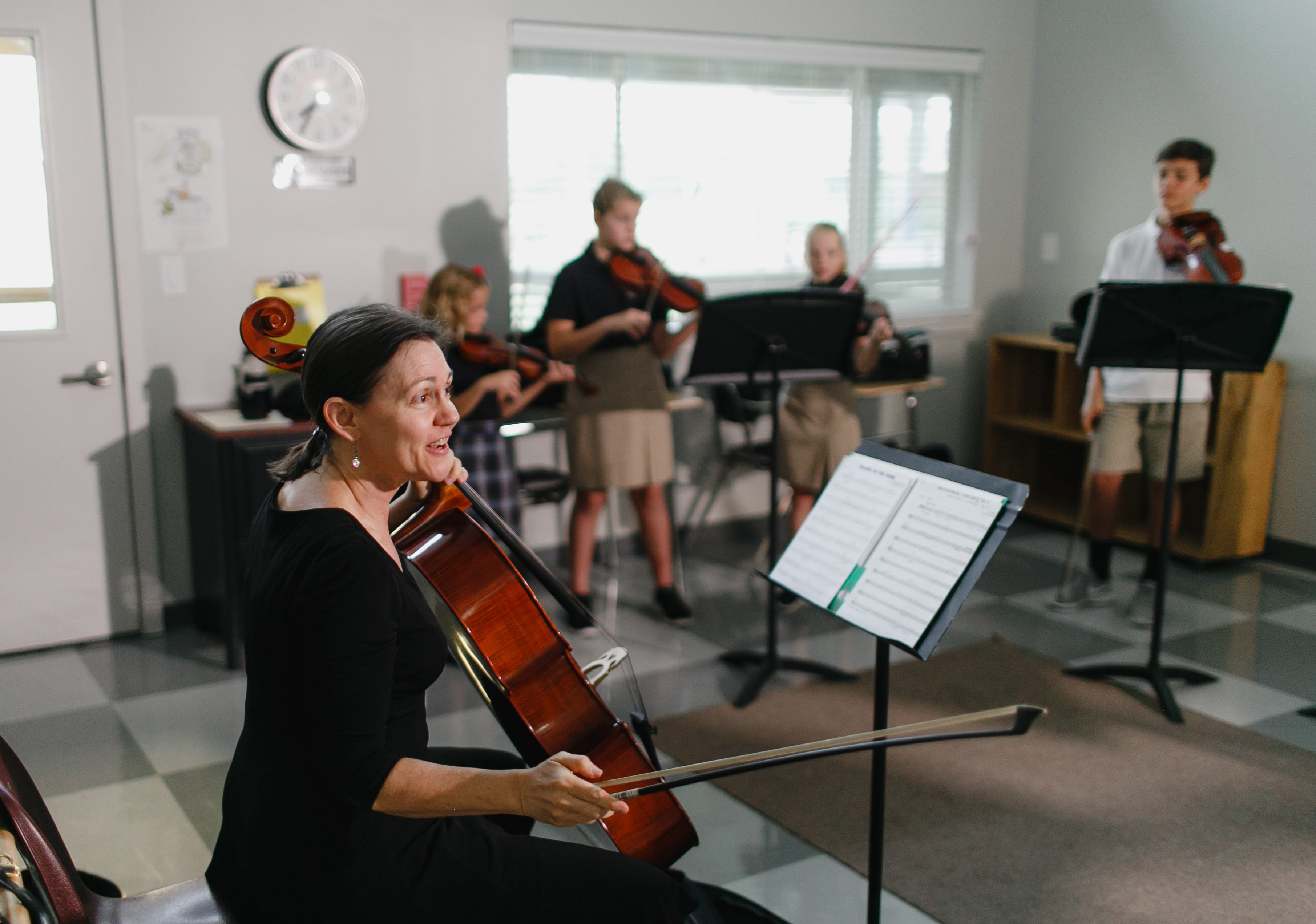 The world sees Classical music very differently today than it did a few centuries ago.  Many things affect this change.  Culture, the leading thoughts of the day, passions of the younger generations, politics, and conflicts with other countries are some of the key factors, but there is one thing above all the others that promotes this change – music illiteracy.  Research tells us the 95% of people in the United States can read English, but only 5% of people can read music.  How does this illiteracy really affect us?

Let’s take a step back and talk about music and its purpose in our lives.  Music was created by God to show us His beauty in extraordinary ways.  We study music to understand this beauty.  Music is the language God has chosen for us to worship Him.  The Psalms are filled with numerous passages instructing us to praise Him with instruments and our voices in harmony with one another. 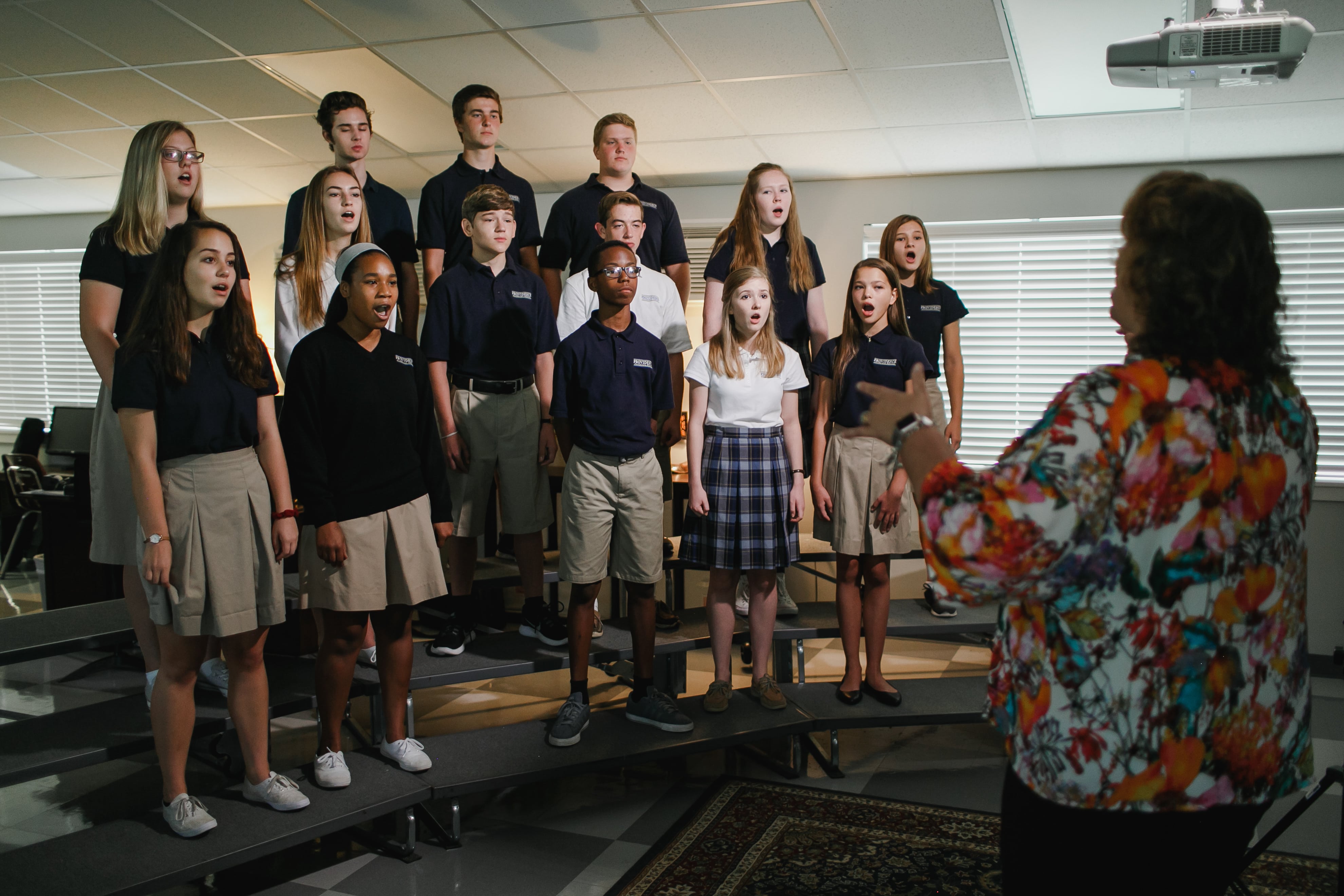 Music is the language God has chosen for us to worship Him.

It seems appropriate to give a brief history of music and how it has changed over the years.  It also happens to be the story that our students learn in music classes.  This story begins in the Medieval times.  Music was mostly monophonic and sung in the churches.  Monophonic music consisted of one melody with no accompaniment.  Today it is sometimes referred to as Gregorian chant or plainchant.  Great composers like Hildegard von Bingen are still celebrated for their music during this time period.  Musical notation was primitive, but it was detailed enough that we can read it centuries later.  Music education was not considered an elective, because music was understood to be a way to reveal the magnitude and beauty of God.

In the 18th century, a humble musician working as a church organist and composer began to uncover the complete harmony of music that God put in place.  He was a devout Christian and attributed all his gifts to his Creator.  Bach understood that all pitches are mathematical proportions and that certain pitches together followed by another collection of pitches was pleasing to the ear of God and man.  He also understood that harmony itself reflected the very nature of a triune God where the Father, Son, and Holy Spirit work as one God in perfect harmony.  This period is considered the Baroque Era of music.  Keyboard and string instruments flourished along with the vocal tradition.  Bach and others wrote very complex sounding works including fugues, concertos, and oratorios like The Messiah, by Handel.

In the middle of the 18th century, mankind began to look at life differently.  The Age of Enlightenment began to saturate the minds of men.  Philosophical traditions began to focus on man instead of God.  Music changed its tune to match the demands of the public.  People no longer wanted to hear the complexity and mathematical exactness of God through the fugues of Bach.  Instead they preferred to be entertained with a catchy melody that related to their different moods and thoughts.  Now we arrive at the Classical Era of music in the late 18th century.  A brilliant young musician named W.A. Mozart gave the people just what they wanted.  People walked out of concerts humming and whistling his melodies and continued to do so for centuries.  Audiences were still highly trained in music because the only way to hear it was to pay someone to provide it or provide it yourself.  Music during this era followed certain rules that were seldom broken.  Audiences expected to hear the melodies introduced followed by a section where the harmony changed to a specific key and concluded with the original melody.  When Mozart modulated from C Major to E Major instead of G Major, it made the papers.

Another pivotal composer emerged at the turn of the century who would change the course of music once again.  Ludwig van Beethoven decided that the rules of the Classical Era could be broken.  Other composers followed his lead and led the world into the Romantic Era during the 19th century.  This was a time of an explosion of expression and technical ability.  Virtuosos entered the scene like Niccolò Paganini and Franz Liszt.  Their abilities encouraged composers to write more demanding works.  Music became louder, faster, slower, softer, more expressive, and dynamic.  This era housed great composers like Johannes Brahms, Pyotr Tchaikovsky, Richard Wagner, Gustav Mahler, and many others.  The wealth of great music composed during this time has made a lasting impression on the world.

Music took another turn during the 20th century.  Composers explored more dissonant sounds and completely different styles.  The Americans entered the world stage with composers like Scott Joplin who introduced rag-time music which spread across the world at record speed with the help of music printed on a press.  The Maple Leaf Rag was the first publication to sell a million copies.  George Gershwin helped start the tradition of songs during the 1920s.  Duke Ellington began the tradition of the Big Band.

Styles of music constantly change, as has been demonstrated, but one thing changed the life of music more than any other–the ability to record and play music on a machine.  Recording music on a rotating cylinder became possible in the late 1800s, and the ability to make music available to everyone has increased exponentially since then.  Our children may not even realize that record players and cassette tapes ever existed.  They have grown up in an environment where all music is available with the tap of a finger on a small plate of glass.  Somewhere along the line, reading music has become almost obsolete because it is so easy to access.  Music education has declined with each generation to a point where children, parents, and grandparents do not know how to read music. 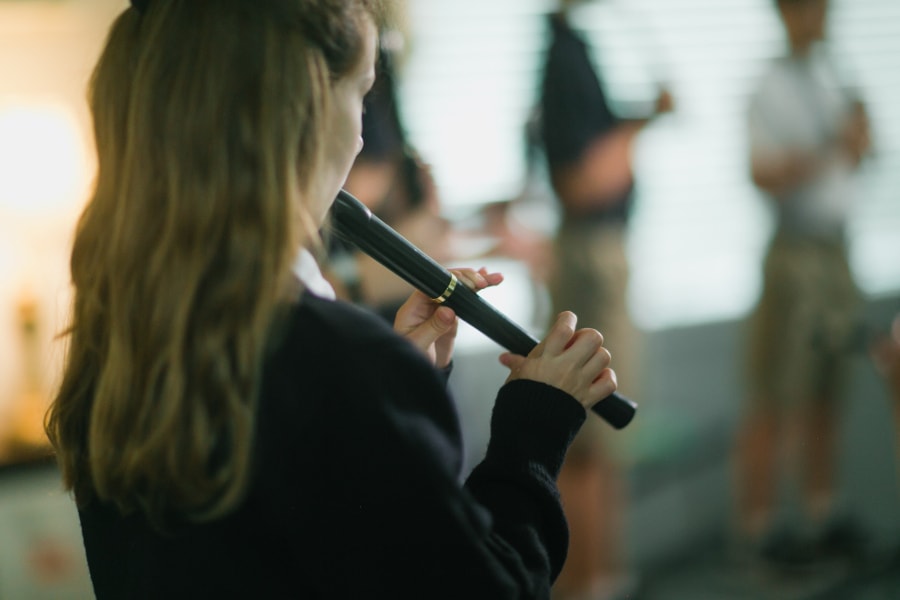 The appreciation of music is possible, especially with today’s technology, but this too will eventually die away unless the crisis of music illiteracy is reversed.

There are additional factors that have led us to this point of prevailing music illiteracy.  One such cog is a major shift in prevalent worldview.  If music is viewed as a way to entertain instead of as an expression of true beauty, it is easily discarded when students are struggling with reading English or performing basic math computations.  Today, most schools see music as an extra-curricular activity or a line item on a college application instead of an essential part of education.

Reading illiteracy omits history.  Those who can’t read will never be able to understand things written before their lifetime unless it is verbally taught to them.  The appreciation of music is possible, especially with today’s technology, but this too will eventually die away unless the crisis of music illiteracy is reversed.  Music of the past is becoming old-fashioned instead of timeless and will eventually disappear completely.

So, what’s wrong with the music that we hear today?  Sometimes we hear things on the radio and wonder why people like it.  Music for an illiterate generation must be simplified to a basic beat and a predictable harmony consisting of a few easy-to-play chords.  One can compare much of it to fast food.  Fast food is cheap, easily accessible, and tastes good, but that doesn’t mean it’s good for your body.  Is it a sin to enjoy fast food every once in a while?  Of course not!  But if your entire diet is fast food, you will develop problems in time.  An exclusive diet of fast food will desensitize one to the point of rejecting the taste of a filet mignon because its taste is too overwhelming and foreign.  The same effect is happening with music today.   The majority of popular music is designed to make you feel good in the moment.  This is the concept we saw back in the time of Mozart, except his audiences were quite savvy and educated musically.  Music is no longer seen as a way to reflect God and his majesty.  It has become subjective and its measure of beauty relative.

How do we get out of this trap of music illiteracy?  First, we need to acknowledge it and desire to change it.  One of the main reasons we learn to read our spoken language is because God’s Word is given to us in written form.  If God commands us to worship Him through music, we must learn the language of music to do it properly.  Illiterate musicians can still worship God, but with a quality musical education we can offer God a more beautiful form of worship.  We need to get back the mindset of J.S. Bach who reflected the beauty of God in all he did.  Secondly, we must hold fast to music as an essential part of a complete education. This requires dedicating space, time, and resources to music education and persevering in that vision in light of competing priorities.

This is the mission of the music program at Providence Classical School.  We teach our students to appreciate God’s glory manifested in music from great composers of the past.  We teach them to read musical and rhythmic notation.  Finally, we teach them to perform and worship God through instrumental and vocal training.  Our mission is clear – to teach students to impact their culture for Christ by learning of God’s beauty through musical instruction.

“O Lord our God, the majesty and glory of your name fills all the earth and overflows the heavens. You have taught the little children to praise you perfectly.”  Psalm 8:1-2